A little bit about Big Hitters

About the Big Hitter's Team

Shaun played and coached cricket for 30 years, then along came his wife and their three children!

With three young boys Shaun was keen to ensure they were active, exposed to everything a team sport offers and were having fun while developing their coordination with a bat and ball.  After searching for an appropriate programme and talking to other parents, he decided to create exactly what it was they were all looking for – a programme that introduces young children to the game of cricket.

Big Hitters launched in 2016 and offered programmes to 3-7 year old's keen to be introduced to the game.  The numbers grew fast and in 2017 Big Hitters expanded into pre-schools and kindergartens.  In 2018 the Big Hitters programme was adopted by clubs.  This year the growth continues and 1:1, 1:2, 1:3 coaching is available for 7-18 years.
​ 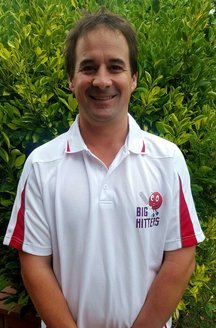 SHAUN AITKEN, OWNER & COACH
Shaun grew up with two older brothers so backyard cricket started at a young age for him. He played his junior years with the Halswell cricket club then went on to play for Christchurch Boys High before starting his Senior years at the Riccarton club where he played and coached for over 15 years.  Shaun really enjoys the comradery and the lifelong friendships he has made.

Shaun has three young boys and the oldest two play for the Tai Tapu Cricket Club.  He is member of this Club and passionate about seeing it grow. 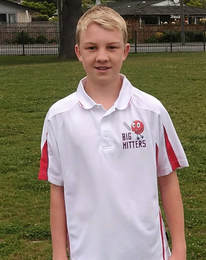 ​Rhys has played cricket from a young age and is currently in the Shirley Boys 2nd XI.  He is looking forward to touring with this team in Australia in 2019.

​His favourite player is Kane Williamson.

​She attended St Andrews College and has been a Big Hitters coach since 2016.

​Neisha really enjoys interacting with the children and loves to ensure they are having fun while they are learning.  She has particularly enjoyed running the Big Hitters preschool programme with Shaun and seeing the confidence in the children grow.

Neisha loves the 20/20 game and her favourite cricket player is Suzie Bates. 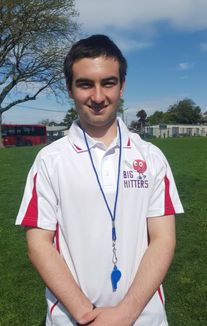 LIAM FOULKES, COACH
Liam is currently playing Cricket in England and is due back home for the New Zealand summer.  He played for the Christchurch Boys' High 1st XI and the Canterbury Country under 17 team.  When he returns home he will rejoin his Darfield Senior team for the 2019/20 season.

Liam runs half marathons in the winter (he's up to 8!!), and has been doing this since he was 12.  He likes meeting new people, travelling and helping others succeed. His favourite cricketer is Kane Williamson.

Liam has completed the New Zealand Development Coaching Programme and was Assistant Coach of the Canterbury Country Under 15 side last season.

We are always happy to hear from you   Get in touch